Bollywood’s legendary actor Anil Kapoor is aging like a fine wine and all his pictures are proof. The evergreen actor has turned a year older today and he also celebrated his 63
rd birthday last night with friends and family. On the occasion of his birthday today, the makers have unveiled his first look from ‘Malang’.

The ‘Welcome’ actor himself took to his social media account and shared the first look with his fans. He wrote, “MALANG on my Birthday!”

In the picture, we can see Anil dressed in a police uniform with tattoos carved on both his hands. His name in the film is Anjaney Agashe as shown in the picture. He has completed his look with a pair of red sunglasses. Well, in the still too, he looks absolutely dashing and young.

His co-star Disha Patani too shared the same picture on her Instagram story and wished him. She wrote, “Happy birthday to the youngest one on #teammalang, @anilskapoor!” 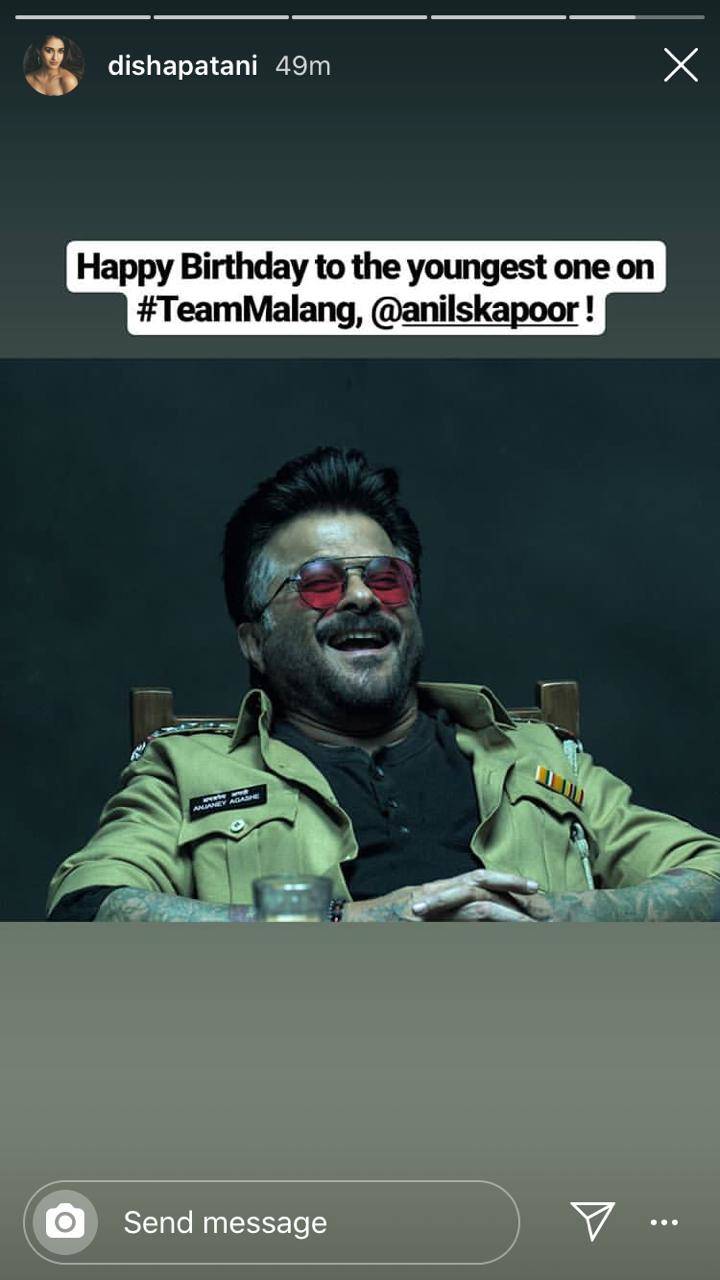 Soon after Anil shared the picture, as expected, the fans started commenting on it. Everyone went on to tag him as ‘evergreen actor’. They also commented things like, ‘this man is never getting old’, and ‘this man is getting younger and younger’. Well, we can’t agree more!