NAGPUR: Words like ‘disciplinarian’, ‘traditionalist’ or even ‘straightforward’ come to mind when one thinks about Srinivasaraghavan Venkataraghavan, one of India’s legendary spin bowlers.

An integral part of the famous spin quartet – also comprising Bhagwat Chadrasekhar, Erapalli Prasanna and Bishan Singh Bedi – that ruled the world in the late 1960s and ’70s, off-spinner Venkat might have had the least impressive stats but still he made his presence felt in a very large way.

Venkat, who turns 75 on Tuesday, is till date the only cricketer to have played and umpired in more than 50 Tests. The former Indian captain was largely considered the most accurate spinner of the four. Once, the great Dilip Sardesai acknowledged that he found Venkat very hard to score off. 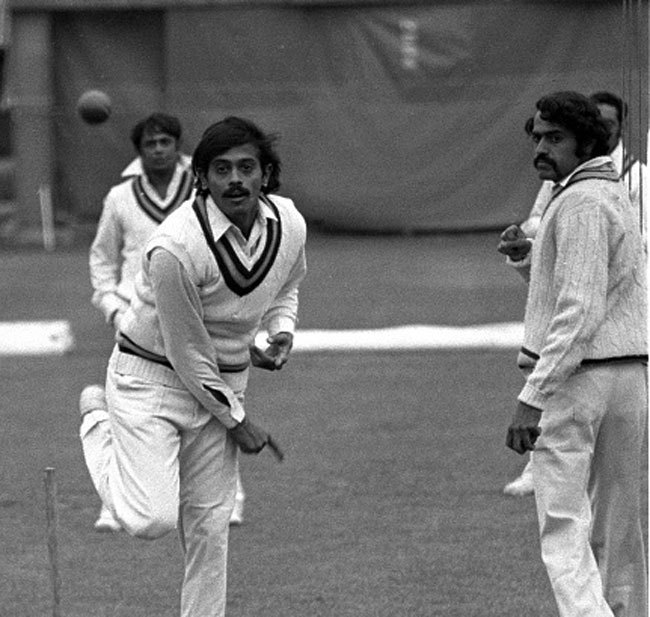 Spin was king when the quartet played together. The awesome foursome terrorized the world with guile. Venkat, Prasanna and Bedi were luminaries in their own right, and Venkat too played his part in some of famous India’s victories. He was one of the shining lights in India’s triumph in West Indies in 1971.

The other star of that famous win, opener and former captain Sunil Gavaskar, told TOI, “On the 1971 tour before the first Test, the two of us had gone to our local team manager’s house for dinner, where we met a fortune teller who predicted that both of us would be successful on the tour. I was out of action and didn’t even know if I was going to play a single Test match then, so I didn’t really believe it. Venkat took 29 wickets on that tour, the most by any Indian bowler.”

Gavaskar, incidentally, ended up as India’s highest run-getter on that tour. “It’s wonderful to know that Venkat is going to complete 75 years. Here’s wishing Sir Raghavan – yes, he is the original ‘sir’, before sir Jadeja – a happy, healthy birthday and many more years ahead,” Gavaskar said.

Erapalli Prasanna, also an off-spinner, never considered Venkat as competition, but they enjoyed each other’s company.

“He was the most intelligent of the four. When we all played together, no one realized his role. He was the man behind our success. At least I owe my success to him, because whenever we played together for South Zone, he would cement one end so that I could take seven or eight wickets from the other end. He was a very tough competitor,” Prasanna said.

“He was a role model for us. He was straightforward, upright, confident of himself. He is an excellent person at heart but is often misinterpreted for his straightforward approach,” he added.

Prasanna shared an anecdote about when they were sharing a room during a Test, and Venkat was carrying an injury. “He wasn’t sure about playing but I advised him to play. I said, ‘You are a close-in fielder and your bowling style is such that back pain won’t restrict you’. He played and took wickets too,” he said.

Prasanna said Venkat was open to suggestions. “Whenever I suggested about certain field placings, he was happy to have them. Thanks to his presence, we got the name quartet. Whenever people talk about the quartet, Venkatraghvan’s name is the top most,” said Prasanna.

The man who kept wickets to them, Syed Kirmani, too had words of praise, though he says Venkat had “huge competition” with Prasanna. “Venkat was a very dedicated and hardworking cricketer. He had huge competition with Prasanna, who was the best in the world. He was more hard-working than Prasanna and Chandrasekhar as he was competing with Prasanna.

“Prasanna was a gifted genius. Venkat would closely watch Prasanna as he had started playing much earlier. Probably, he would have learned quite a few things from him. Venkat, however, was equally competent,” Kirmani said.

While many know him for his tenacious spells, Venkat was a good fielder too. “Venkat was the specialist gully fielder. Anything in his reach, he would not let it go. He was so brilliant there,” said Kirmani.

Kirmani said Venkat was an inspirational figure for youngsters. “He was a strict captain because he was a disciplinarian. He would never let any player relax. I played under his captaincy in South Zone. I wish him a total which he could not complete as a player. I want him to complete his century off the field,” he added.

After becoming an international umpire in 1992-93, Venkat officiated in 73 Tests and 52 ODIs, and was also a match referee in five Tests and eight ODIs.

Former international umpire Simon Taufel, often considered the best in his era, enjoyed Venkat’s company. “I was fortunate to have umpired my first two Tests – the MCG Boxing Day Test in 2000 and Adelaide in 2002 – with Venkat. I found Venks to be a very strong character, determined, self-confident, capable. He was a very good decision-maker and commanded respect. I’m sure his playing and captaincy experience only added to the credibility of his umpiring performances. He didn’t tolerate querying of his decisions and was very forthright in having players respect the umpire’s verdict,” Taufel said.

(with inputs from Gaurav Gupta)

‘There may not be so much foreign exposure,’ Abhinav Bindra believes post-COVID world could be a bl…

‘There may not be so much foreign exposure,’ Abhinav Bindra believes post-COVID world could be a bl...