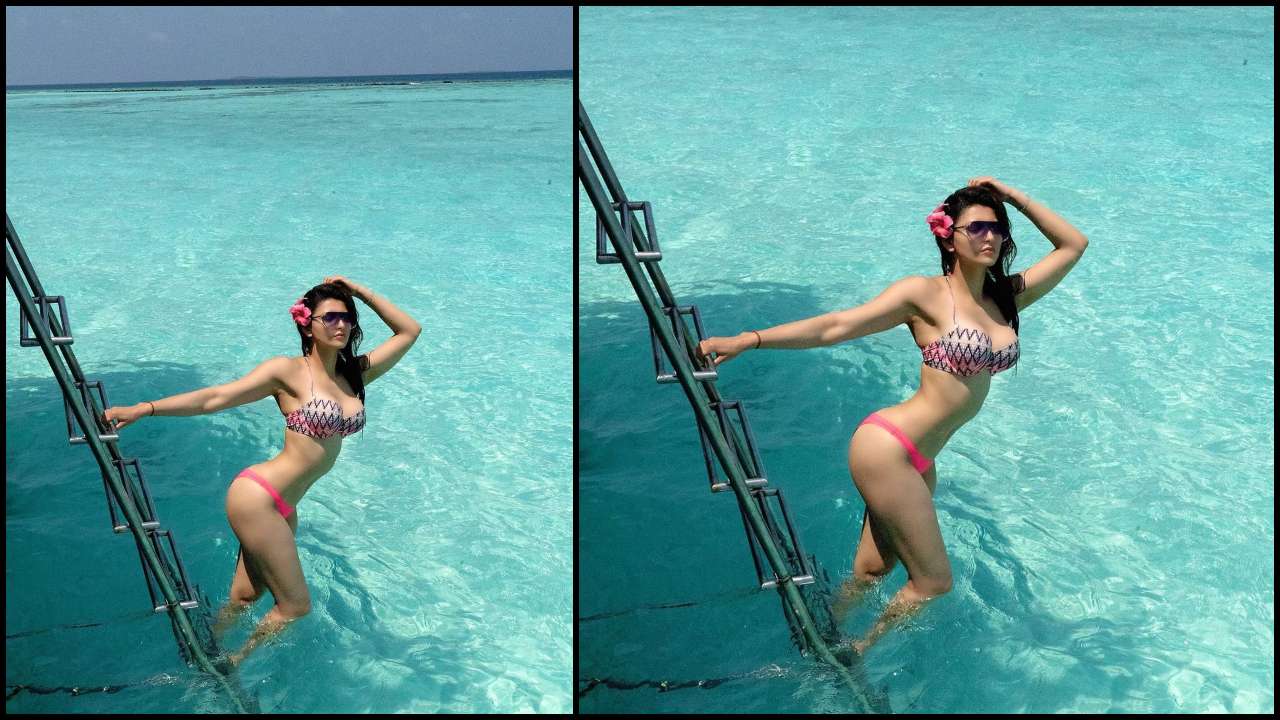 “Refer to me as a Goddess, I’m tired of being modest,” wrote Urvashi while sharing the bikini picture. Urvashi was chilling at Maldives in the bikini. Urvashi crossed 25 million mark on Instagram and celebrated with a photo from the same bikini a week back. Urvashi had breakfast in pool in the same bikini.

5. Video from the vacation Urvashi posted a video in which she took a splash of water and swam towards the camera. Right from her hat to the flower she was wearing, Urvashi seemed to be a fan of the colour pink. Urvashi was part of ‘Masti’ franchise. She played the role of a ghost in ‘Great Grand Masti’. The actress was last seen in John Abraham-Anil Kapoor’s film ‘Pagalpanti’. Urvashi is going to next be seen in a film called ‘Miss Match India’. The film is under pre-production and will take longer to go on floors after coronavirus outbreak.

(All images via Instagram/Urvashi Rautela)