SCOOP: Varun Dhawan approached for the remake of Atlees Theri?

Varun Dhawan is considered one of the most promising and actors and a superstar-in-making since the time he made a smashing debut with Student Of The Year (2012). His first 9 films were all hits and no actor probably has ever had achieved this record. Sadly, things have gone downhill for him since the last 2 years. His film with Shoojit Sircar, October (2018), was considered too niche. Sui Dhaaga – Made In India (2018) was found to be an underperformer. The much awaited Kalank (2019) received terrible reviews. 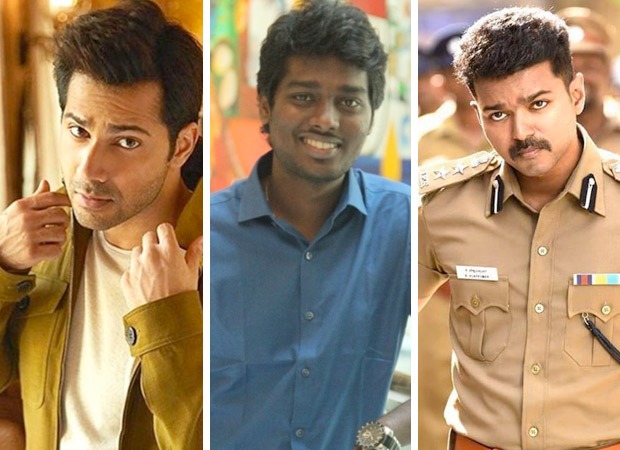 However, not all hope is lost. His upcoming film Coolie No 1, directed by his father and also hit filmmaker David Dhawan, is expected to be one of the big hits of 2020. He’s also doing a patriotic film directed by Andhadhun director Sriram Raghavan, and based on the incredible life of youngest Param Vir Chakra recipient, Arun Khetarpal. And now, if reports are to be believed, then the actor is about to sign the remake of the super-hit Tamil film, Theri.

A source close to the project says, “Varun Dhawan has been approached for the Theri remake and he seems interested. It was directed by Atlee, who we all know by now, is working on a script for superstar Shah Rukh Khan. Theri is a bit dark but is overall a complete masala action fare. Varun has established himself as a complete entertainer but hasn’t done an out-and-out actioner yet. This film will give him that chance. If it becomes a hit, it can even improve his track record and establish himself as an action hero.”

Reports of this development have reached the trade and industry already. A trade source says, “There’s no confirmation yet on whether Varun has signed on the dotted line, or whether Atlee himself will direct the remake. If not Atlee, an able director should be given to handle the reins. And if all goes well, this can boost Varun’s filmography. Also, we’d want Varun to do a masala film like this as he has the persona and image to carry off this film on his shoulders. Moreover, he has a tremendous young fan following who’ll love to see him in such a role and film. Agreed that his recent movies haven’t worked but no one doubts Varun’s talent and his ability to connect with the masses. Hence, Coolie No 1 along with Theri remake can bring him back on the top spot.”

Theri, released in 2016, starred Vijay, Amy Jackson and Samantha Ruth Prabhu and is a story of a DCP of Chennai who leaves the police force and settles in a small town with a new identity after a ruthless politician kills his wife. The wife, before breathing her last, makes the cop promise that he’ll quit his job and be a loving father to their daughter. All was going well for him until five years later, the antagonist again enters his life to wreak havoc.

Also Read: Varun Dhawan hurls plenty of bad words at Coronavirus, but the vibe is good!

This Throwback Picture Of Kareena, Karisma Chilling On Sofa Is Sibling Goals