Reports of Pavitra Rishta couple Rithvik Dhanjani and Asha Negi’s split surfaced last week. While the couple has chosen to remain silent on the topic, Rithvik’s latest post confirms not all is well.

In his latest Instagram story, the actor shared posts on ‘unconditional love’ and how ‘normal wasn’t working’ for him.

The first quote he shared read, “To know love is to know how to give. Unconditionally. There is no greater wisdom than unconditional love. The yoga of love.” Another read, “Nothing should go back to normal. Normal wasn’t working. If we go back to the way things were, we will have lost the lesson. May we rise up and do better.” 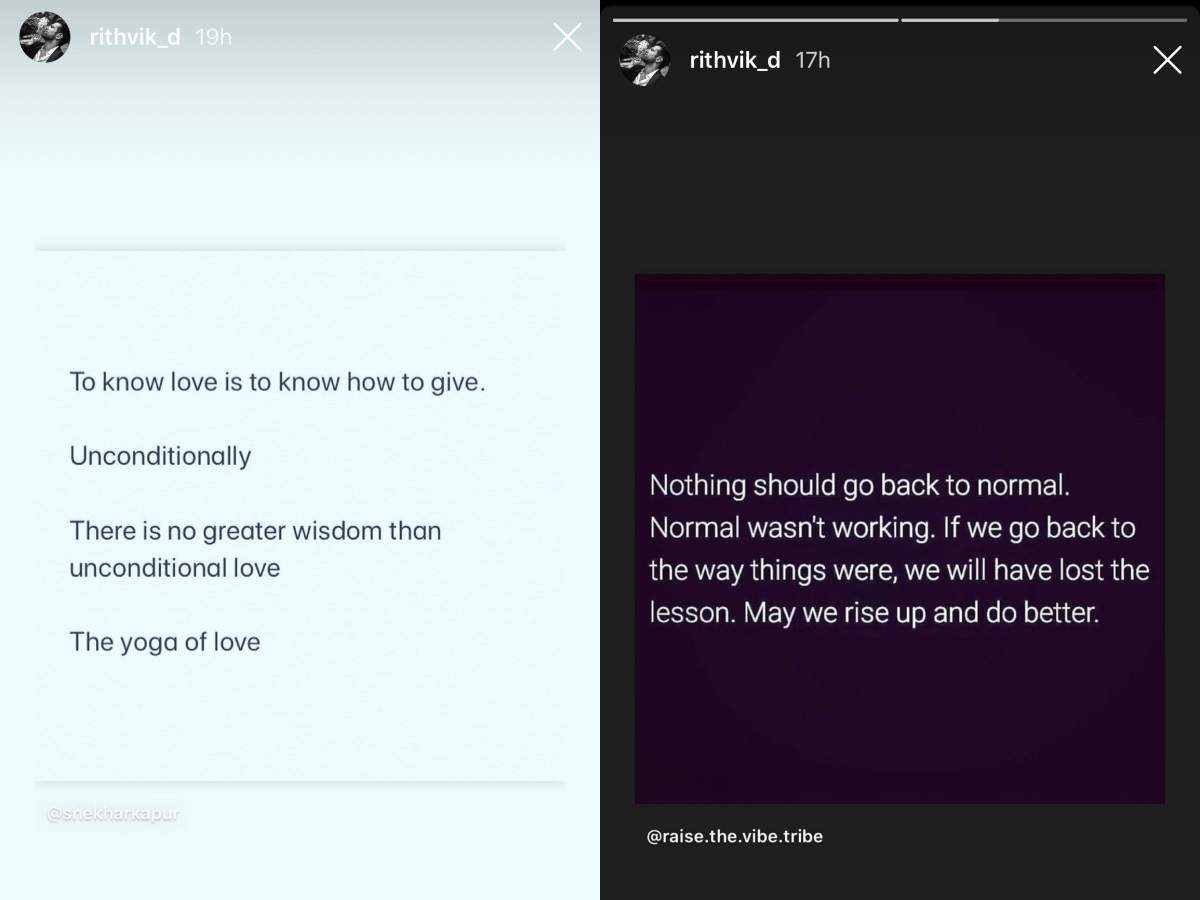 Rithvik and Asha were in a relationship of over six years and it’s only last year that trouble started brewing. The two, who otherwise shared a lot of posts with each other on social media, stopped putting pictures together.

A source told TOI, “Earlier, they would often hang out with their friends, but Asha stopped doing it about a year ago, barring special occasions. Something was amiss in their relationship for quite some time. In fact, both knew that the relationship was over long before they decided to move on. It looks like they outgrew each other.”

The source added, “Having said that, they have handled the situation maturely. Both of them haven’t told their friends, but they are aware of it. However, they don’t question them on their relationship status.”

Throwback Tuesday: Tara Sutaria recounts her days as Zoya on Marjaavaan sets with a gorgeous close up shot

Priyanka Chopra reveals secret to her beautiful hair: ‘Muy mom taught me, and her mom taught her’. …

Priyanka Chopra reveals secret to her beautiful hair: ‘Muy mom taught me, and her mom taught her’. ...