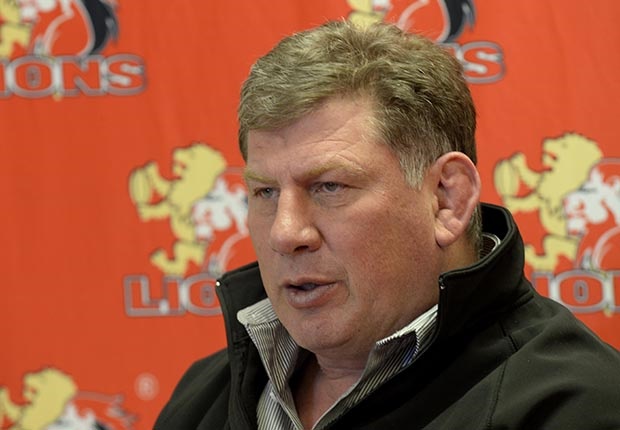 The Lions were the darlings of the last decade and came dangerously close to their first Super Rugby title but, to scale those peaks again or win it, they must rediscover their boardroom touch.

Recent on-field results, coaching appointments and transfer activity have cast a shadow over the Johannesburg franchise’s ability to claim the Southern Hemisphere throne. At last check, they were barely hanging onto hopes of keeping one of their only two marquee stars Malcolm Marx – the other being Elton Jantjies – after the former opted out of his contract during the 21-day “transfer window”.

Marx was on a good deal, which allowed him to take a sabbatical to play in Japan and cover some of the financial shortfall for playing locally.

Despite that, the talented hooker opted out. The Sharks had about 10 of their players wanted by overseas clubs, some of which for eye-watering amounts, and they managed to keep their Springboks.

Where money can’t reach, often it takes boardroom finesse and belief that the organisation is moving in the right direction for a player to commit their future to a franchise.

This is where a director of rugby, like Jake White or Rassie Erasmus, comes in very handy. The en vogue position – a hybrid between head coach and general manager – has proven to be a successful recipe in these times of pay cuts, wage bill limits and contracting restrictions.

Not having one, especially a person whose coaching credentials need no enunciating, has put the Lions on the back foot.

Cash van Rooyen might make a decent head coach down the line but directly above him you need someone who can sell a vision to current players and potential incomers.

The Lions weren’t always this ponderous in the boardroom. When CEO Rudolf Straeuli arrived from the Sharks in 2013, their Super Rugby status had just been wrested from the Southern Kings but there was much suspicion about their ability to survive the rigours of the competition.

But someone with a cunning eye for talent saw the 2012 and 2013 Tuks Varsity Cup teams and thought something useful could be done with those players. Some of them included Franco Mostert and Courtnall Skosan, who became Springboks.

Players like Warwick Tecklenburg, Robbie Coetzee and Marvin Orie went from being under-the-radar fringe Bulls players to prominent Lions stalwarts. They had something akin to a “Moneyball” style of talent recruitment, with Johan Ackermann’s leadership qualities to sweeten the pie.

By their first Super Rugby final in 2016, the Lions were back to prominence as a Super Rugby franchise, something they had never tasted since they split from the old Cats.

The loss of home-grown talents such as Tyrone Green and Ruan Vermaak, however, have hurt their long-term plans to regain their prominent status. But if they hark back to the kind of recruitment and coaching that got them to the top they could be within a playoff shout in a couple of years.

This time around they are linked with more players from across the Jukskei divide. It will be telling whether or not they manage to lure Burger Odendaal or any other top players to Johannesburg.

To fill the void left by the hot-stepping Green, Joburg-born winger Jade Stighling could make for an interesting acquisition and he’s starved of game time at the Bulls. So too could Pieter van Vuren, the lock who played under Brent Janse van Rensburg’s successful Griquas side.

Should they fail to convince Marx to stay, they could not do worse than former Paarl Gimnasium captain HJ Luus. Luus was poised for a starring role in this year’s Maties team before the coronavirus pandemic ended the Varsity Cup season prematurely.

Height might be against him but, heck, you could throw Maliviwe Simanga into the mix and you’d be surprised by the output you’d get from a hungry player given a chance at the top level.

To reference a contentious point in the popular Michel Jordan documentary “The Last Dance” ­– where Chicago Bulls general manager Jerry Krause properly cheeses Jordan off with comments that “organisations win championships” – organisations don’t necessarily win you championships but you don’t even get close without good ones.

Bigil movie casts Net Worth proves they are Gangsters even in the film industry; read

Bigil movie casts Net Worth proves they are Gangsters even in the film industry; read