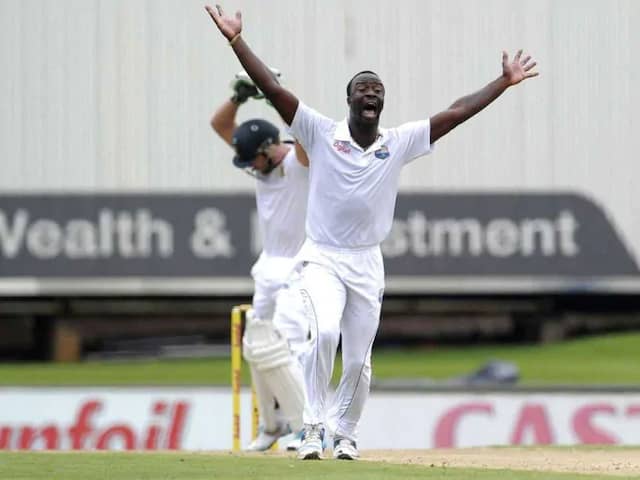 Kemar Roach said Jofra Archer is unlikely to be given a friendly reception.© AFP

West Indies fast bowler Kemar Roach has warned Jofra Archer not to expect a warm welcome from the players he snubbed in order to represent England. Barbados-born Archer is eligible to play for England because his father was born there and the paceman made his debut for the team last year. His decision to reject the West Indies did not go down well and fellow Barbadian Roach says Archer is unlikely to be given a friendly reception in the forthcoming Test series between the sides.

It will be the first time Archer, who featured for the West Indies Under-19s before moving to England in 2016, has faced the country of his birth in Test cricket.

“Jofra made his decision and he’s done a fantastic job for England so far but there will be no friendships during this series,” Roach told reporters in a Zoom press conference on Sunday.

“It’s all about winning and playing hard cricket. We will devise a plan for our batsmen to counter him and I’m looking forward to that battle.

“I saw him as a youngster in domestic cricket back home in Barbados and always thought he was talented.

“He has come over here and shown what he can do and I want to wish him all the best in his career.

“But you will definitely see if we have any words for him on the field when that comes around.”

The West Indies are currently quarantining in Manchester as they prepare for the start of the three-Test series in July.

When the action gets underway behind closed doors, the West Indies will be looking to emulate last year’s 2-1 Test series victory against England in the Caribbean.

That success was inspired by a fierce West Indies pace attack that left England shell-shocked.

Roach took five wickets as England were bowled out for 77 in the first Test and the 31-year-old believes they can take the fight to the hosts again.

“It’s different conditions to the Caribbean and the ball will do a bit more here but I don’t think our mode of attack will change much,” Roach said.

“We saw what happened in the Caribbean and that’s pretty fresh in our minds and if we can get stuck into the batsmen we will have a great chance of defeating England.

“We have always had a history of fast bowling and we just needed the pitches to bowl on which our curators have given us.

“Our bowlers have done a tremendous job over the last couple of years and if we continue to work hard there are some great things ahead of us.”

Roach also revealed the West Indies squad are still discussing ways to acknowledge the Black Lives Matter cause when they play.

Many sports stars have shown support for the movement, often by taking a knee during matches and training sessions, since George Floyd was killed by a white policeman in Minneapolis.

“I feel very strongly about it for obvious reasons,” Roach said. “But the team have discussed it in depth and we are going to go back and have a discussion about it again soon.

“Then as a team we will come up with a way to answer all questions relating to that Black Lives Matter issue.”

Topics mentioned in this article

News24.com | Why the Eastern Cape’s lobby to have alcohol ban reinstated is likely to fail

‘It’s an invisible disaster’: Gift of the…

Western Cape govt calls for Sassa to reopen some offices as…