“Carry Kya Hota Hai?” Asks Big B After Someone Mistakes His Grandson For Carry Minati

Actor Amitabh Bachchan has been quarantining with his family and sharing snippets of what he’s been doing in the lockdown with his fans online. Earlier, he posted pictures of granddaughter Navya’s at-home graduation ceremony with a DIY gown and chart paper cap.

According to The Times of India, recently he posted a gym selfie with grandson Agastya Nanda.

Hindustan Times reports that when one of his followers asked him if it was “Carry” beside him, the superstar asked what that was.

The Instagram user was actually referring to Ajey Nagar aka YouTuber Carry Minati who was in the news recently for roasting TikToker Amir Siddiqui.

After several fans told him, the actor replied saying that he has found the answer to his question. Interestingly, he left us smiling with another question after Bhumi Pednekar called him a baller. Take a look. 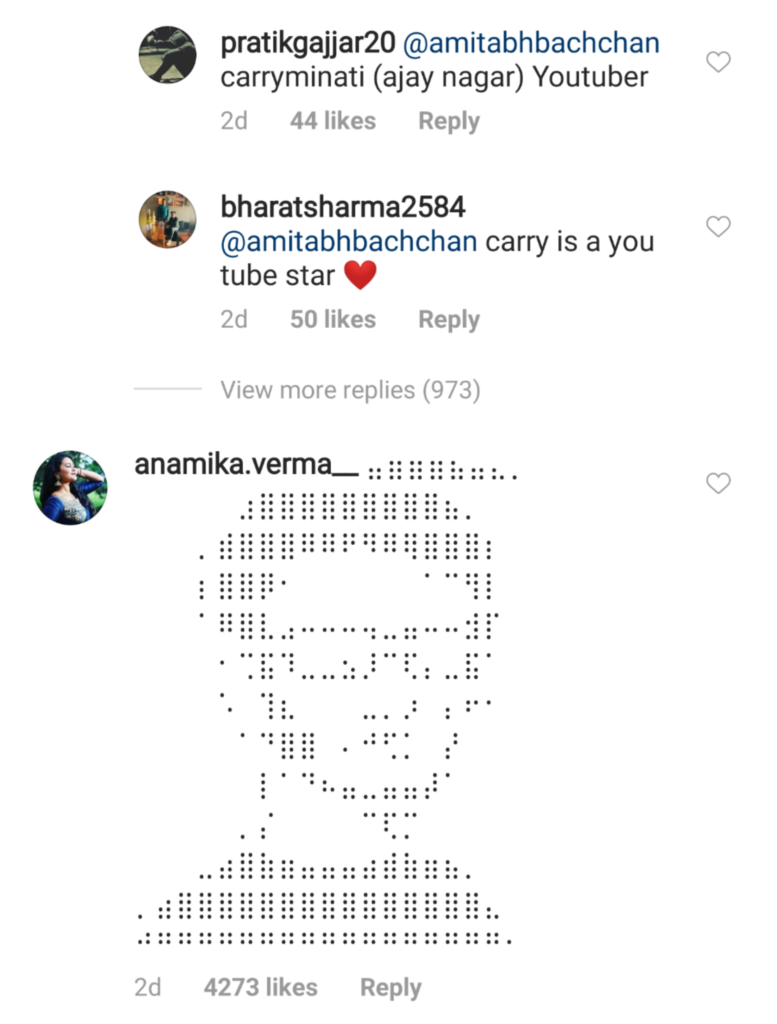 Lockdown: This is government’s new plan to allow students back on campuses

‘You don’t want to criminalise the country’

'You don't want to criminalise the country'