Arjun Kapoor Heralds Mango Season By Trolling Katrina Kaif: “Would You Like A Slice?” 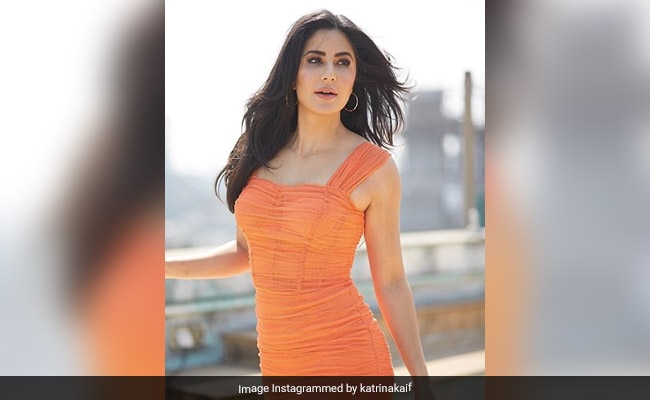 If there is someone who has mastered the art of trolling his friends and colleagues in Bollywood (in a good way) it is Arjun Kapoor. This time, the actor did something as simple as posting a picture of a mango on his Instagram profile and offering some to Katrina Kaif. For the uninitiated, Katrina Kaif has been endorsing a mango drink brand for the longest time. Now Arjun Kapoor being Arjun Kapoor, chanced on the opportunity to troll Katrina Kaif and he wrote: “Hello friends, mango season is here… Aur aam dekh ke yaad aaya, Katrina Kaif, would you like a slice?” He added the hashtags #Mango #Summer #AamKiBaat.

Arjun Kapoor frequently trolls Katrina Kaif on social media. Arjun, who formed the “I Hate Katrina Kaif Club” along with Varun Dhawan years ago, took a U-turn and renamed it “We Love KK” club. He shared a picture from the club last year. “Varun Dhawan and I are starting a new fan club We Love KK aka Katrina Kaif! Here we are seen awarding her, for absolutely no reason whatsoever. The Dalmatian trophy Katrina’s holding represents our faithful friendship kyunki yeh dosti first class hai,” wrote Arjun.

For those who don’t know, the existence of the “I Hate Katrina Kaif” club was ousted during an episode of Karan Johar’s popular talk show Koffee With Karan 5, where Katrina revealed that Varun and Arjun Kapoor started the club after Salman Khan gave them a hard time for checking her out.